Of the 28 reincorporated, 11 passed the evaluations for explosive ordnance disposal and 17 as advanced medical support personnel, which will allow HUMANICEMOS DH to deploy its teams in La Montañita, Caquetá, starting in October.

On September 24, 28 former FARC-EP combatants in the process of reincorporation, belonging to the civilian humanitarian demining organization HUMANICEMOS DH, passed the evaluations to be certified in Explosive Ordnance Disposal (EOD) Level 1 and as advanced medical support personnel. EOD Level 1 certified individuals can identify, locate, and destroy devices such as anti-personnel mines, grenades and mortars up to 105 millimeters; while medical support personnel can respond to risk situations that arise, and develop medical evacuation plans for victims who have suffered an accident.

These personnel will accompany HUMANICEMOS DH’s Non-Technical Survey (NTS) teams that will begin to deploy their operations in the municipality of La Montañita, Caquetá, starting in October. The objective of these TNA teams will be to identify the areas contaminated with explosive ordnance to be intervened.

Este logro está enmarcado en el “Project to support social and economic reincorporation through Integral Action against Mines”, which is financed in its second phase by the European Union, through the European Peace Fund. The first phase was executed between March 2018 and January 2020, with funding from the United Nations Multi-Donor Trust Fund for Sustaining Peace in Colombia (MPTF).

The assessments were conducted by the United Nations Mine Action Service (UNMAS) in Colombia, an organization designated by the Office of the High Commissioner for Peace (OHCHR) for this work. After passing these evaluations, the certifications are subsequently issued by OACP – Descontamina Colombia, the National Authority of the sector of Integral Action Against Mines. “UNMAS congratulates the staff of HUMANICEMOS DH. The approval of the evaluations to which they were subjected and the upcoming obtaining of this certification demonstrate not only the technical capacity they have, but also the commitment with their reincorporation process”, highlighted Pablo Parra, Deputy Director of UNMAS Colombia.

This is the second group of HUMANICEMOS DH reincorporated combatants to be evaluated for humanitarian demining work. The first group, made up of 17 men and women, was certified in NCD work last August. “Starting in October, when ENT operations begin, these personnel will be in the field representing HUMANICEMOS DH, a civilian organization that is integrated into the national capacities of the mine action sector and is committed to making a difference by doing things with excellence,” said Ángela Orrego, Director of HUMANICEMOS DH.

In response to the health emergency generated by Covid-19, UNMAS and HUMANICEMOS DH adopted biosecurity protocols and resumed training last June at the Regional Training Base, located in La Montañita. Between October and December 2020, another 30 people will be trained and evaluated, for a total of 70 trained reincorporated persons, who will carry out humanitarian demining work and benefit communities affected by the presence of anti-personnel mines and other explosive devices in Caquetá.

HUMANICEMOS DH is unique in the world, being the first civilian humanitarian demining organization formed and led by former combatants, which emerged after the peace process between the Government of Colombia and the FARC-EP in 2016. The European Fund for Peace supports this initiative as part of the European Union’s commitment to the peace process in Colombia. 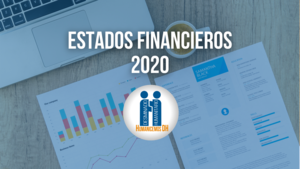 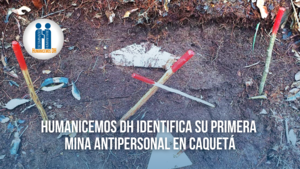 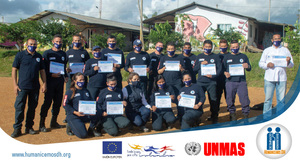 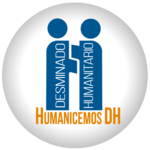