17 members of HUMANICEMOS DH passed the evaluations to carry out Non-Technical Surveys, which as part of humanitarian demining operations will identify the areas for mine clearance in the municipality of La Montañita, Caquetá.

The ceremony was carried out in compliance with all biosafety protocols for risk management, prevention and mitigation of COVID-19 pandemic at the HUMANICEMOS DH Regional Training Base, located in La Montañita, Caquetá. his milestone is part of the project ““Reintegration of former combatants through mine action», which benefits HUMANICEMOS DH and is financed in its second phase by the European Union, through the European Trust Fund for Peace. The first phase was executed between March 2018 and January 2020, with financing from the United Nations Multi-Partner Trust Fund for Sustaining Peace in Colombia (MPTF).

The virtual ceremony was attended by the High Commissioner for Peace, Dr. Miguel Ceballos Arévalo; the Ambassador of the European Union in Colombia, Mrs. Patricia Llombart; the Programme Manager of UNMAS Colombia, Jan Philip Klever; the Manager of the MPTF, Pontus Ohrstedt; as well as representatives of the Government of Caquetá and the Mayor’s Office of La Montañita.

“From the European Union we cannot imagine a better example of reconciliation than that you represent. You are a model of reconciliation and reintegration, and one day it will be your children who will tell the story of this transition to civil life with a full commitment. It is this kind of actions that change the course of countries”, commented Ambassador Llombart.

The evaluation of this operational capacity for Non-Technical Surveys was carried out by the United Nations Mine Action Service (UNMAS) in Colombia, at the request of the Office of the High Commissioner for Peace (OACP) – Descontamina Colombia. «UNMAS celebrates this historic step because of its significance in three dimensions: the reintegration of ex-combatants, the strengthening of national capacities to fulfill the objective of a Colombia free of mines, and as a concrete reparatory action», highlighted Jan Philip Klever, Director of UNMAS Colombia Program.

The women and men passing the evaluation represent the first operational capacity of HUMANICEMOS DH, an organization that emerged after the Peace Agreement was signed between the Government of Colombia and the FARC-EP in 2016. Between September and December of this year, another 60 people will be trained and evaluated to carry out humanitarian demining work, which will benefit the communities affected by the presence of antipersonnel mines and other explosive devices in Caquetá.

The European Trust Fund for Peace supports this initiative as part of the European Union’s commitment to the peace process in Colombia.

The European Union, UNMAS Colombia and HUMANICEMOS DH, with the support of the OACP-Descontamina Colombia, will continue to work contributing to the implementation of the Peace Agreement, for the reconciliation and reconstruction of the territories most affected by the conflict.

HUMANICEMOS DH is a civil humanitarian demining organization, deploying mine action operations for the benefit of the communities and the socio-economic development of affected territories. HUMANICEMOS DH was founded in May 2017.

About the European Trust Fund for Peace in Colombia.

In 2016, The Peace Agreement between the Colombian government and the FARC was signed after over 50 years of internal armed conflict. To support the implementation of this agreement in a coordinated and efficient way, the EU the same year established the European Trust Fund for Colombia (EUTF). Currently, the EUTF comprises 20 EU member states, the United Kingdom, and Chile as the first donor and Latin American member. The Fund has a total of €121.6 million in contributions. The Fund allows its members to contribute in an effective and coordinated way to the consolidation of peace, economic and social development in territories most affected by the armed conflict. It achieves this by channeling the contributions from its donors.The Fund also promotes economic activity and productivity using sustainability criteria, institutional strengthening, social fabric reconciliation and support for the social and economic reincorporation of ex-combatants. 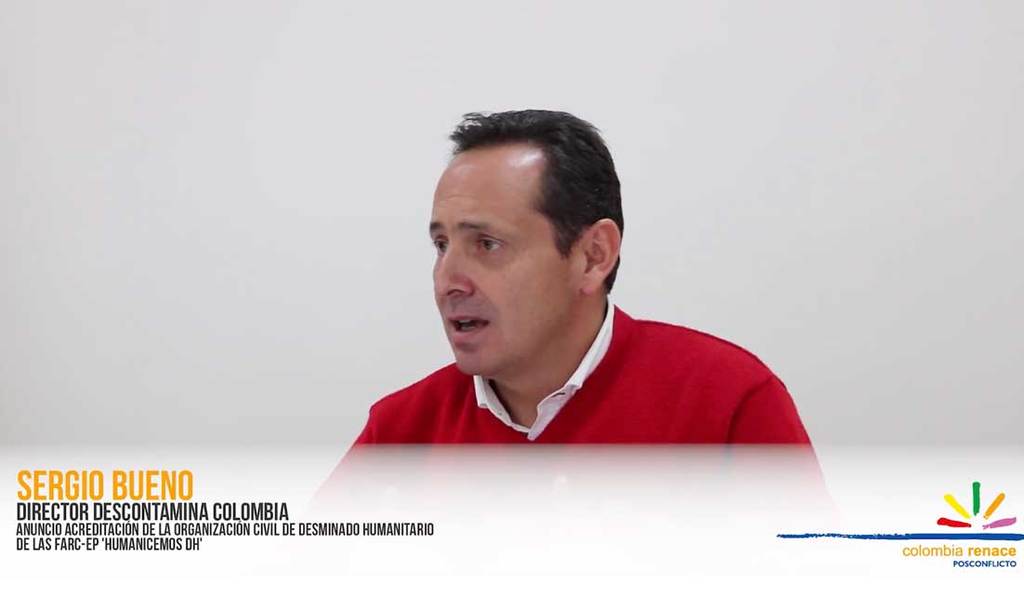 Sergio Bueno Aguirre assured that the accreditation of the Civil Organization of Humanitarian Demining of the FARC, will begin operations once its members are trained and finish the process of… 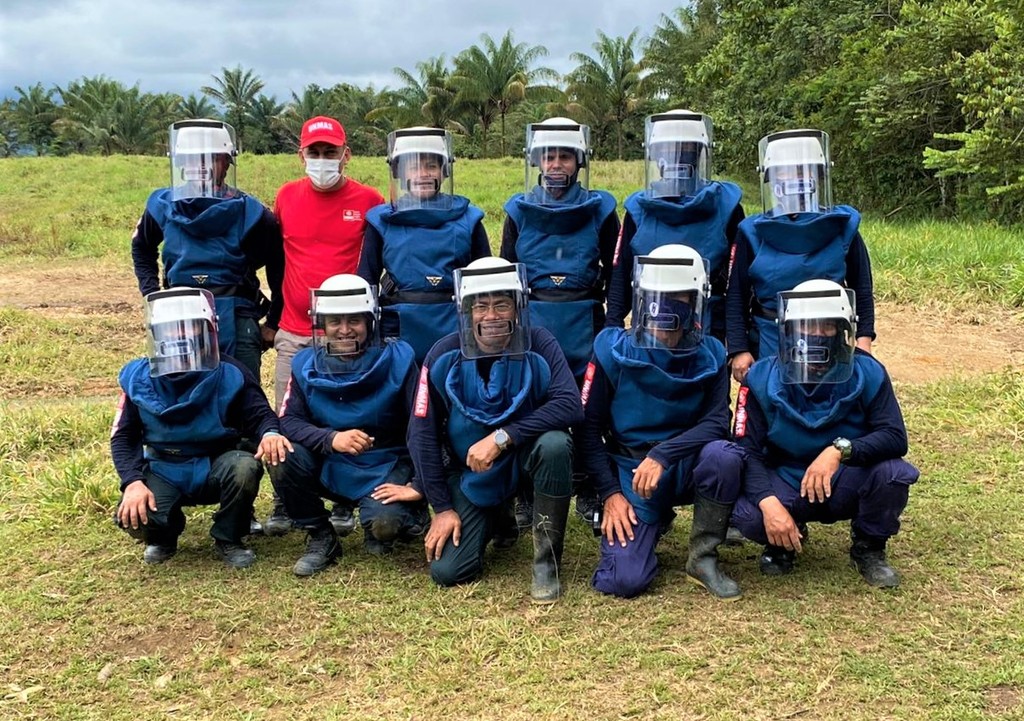